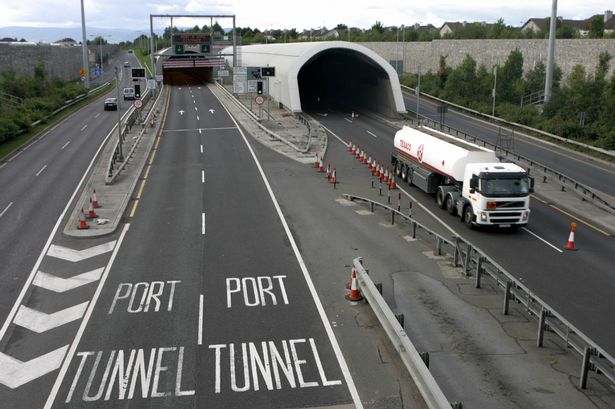 Radio NOVA has co-opted rival stations Classic Hits 4FM and Sunshine 106.8 into its litigation against Transport Infrastructure Ireland, operators of the Dublin Port Tunnel. NOVA announced in December that it is to seek an injunction against TII over the fact that its broadcasts cannot be heard in the Tunnel. Only seven radio stations are broadcast in the Port Tunnel due to limitations in its current system. Radio NOVA is not one of them; neither are the two other radio operators. NOVA’s two rival stations have now joined its impending High Court action, aimed at compelling TII to rebroadcast their signals in the Tunnel.

Radio NOVA has also extended an invitation to RTE to join its action; RTE 2FM is no longer available in the Tunnel after being removed in 2015.

NOVA is in the final stages of preparation of its action and wants TII to either include it in the line up of stations carried or remove all FM radio services in the Tunnel. It also intends to pursue TII for damages under Council Regulation (EC) No 1/2003 and Section 2 of the Competition Act 2002.

NOVA CEO, Kevin Branigan, said, “Both Classic Hits and Sunshine share our greviances and have joined our action as co-plaintiffs.  While we compete with each other for listeners and advertising revenue in the market, all three of us have commonality in that we’re being seriously disadvantaged commercially by TII’s technology limitations; it makes sense us for us to collaborate.  The Port Tunnel authorities have ignored all three radio stations for years; they’ve dismissed our legitimate concerns and treated us with contempt. There is no other way for us to effect change in this situation other than the legal route”.

Due to limitations in its technology, the Port Tunnel is unable to broadcast more than seven radio stations and claims it selects the seven radio stations broadcast based on listenership figures. However, NOVA says this is untrue and has accused the Port Tunnel authorities of retrospectively ‘cobbling together’ a rationale for how it picks radio stations, pointing to occasions where it has breached its own procedures to facilitate Denis O’ Brien’s Communicorp radio group. NOVA claims that the ‘leaky feeder’ system used to broadcast FM services in the Port Tunnel is not fit for purpose in its current configuration. Radio stations not rebroadcast in the Tunnel account for almost 30% of radio listening; limitations of TII’s system mean that these Tunnel users do not hear emergency and safety announcements.  “TII have conceded to us that this is the case. They have also stated that the safety of motorists is their primary concern but they have no plans to address this. It’s staggering that the operators of a major thoroughfare in the middle of the capital city of Ireland is unable to communicate with almost 30% of motorists and they are not concerned about it”, says Branigan.

NOVA’s research shows that it can take its listeners days to return to the station when they retune to its competitors while in the Tunnel. “This is not just about a five-minute trip, it’s about forced listener behaviour that discriminates against us. Thousands of people drive into the tunnel listening to Radio NOVA every and drive out listening to one of our rivals. It cannot be allowed to continue”, said Branigan.

Sean Ashmore, CEO of Classic Hits 4FM and Sunshine 106.8, said, “We’re happy to become a full partner in NOVA’s action as it seems abundantly clear it is the only way the situation will be resolved.  We’ve attempted to engage with the Port Tunnel for several years and got nowhere. This situation needs to be resolved and we would call for some common sense to prevail.”

NOVA is further calling on TIE to clarify the legal status of its broadcasts in the Port Tunnel, claiming that it is has placed itself, by its actions, in a position where it controls the number and type of radio services available in a portion of the public domain. “Our understanding is that all FM radio broadcasting in the public domain in this country is regulated by Comreg and the BAI. TIE have told us that they don’t need to be regulated, however, they will not provide us with any further information on this”, says Branigan.

NOVA has asked TII for clarification on a number of matters but has yet to receive a response from TII. These are:

(i) How TII can claim to be using best practice in motorist communications when better standards exist, specifically technology that would not only broadcast all available radio services but also enable Port Tunnel authorities to communicate on all FM frequencies to ensure maximum coverage for emergency and safety messages.
(ii) To explain the circumstances surrounding its decision in 2007/2008 to allow Denis O’ Brien’s Newstalk a position on its system despite the fact that Newstalk was not at that time within the top seven stations in terms of listenership
(iii) To explain the legal status of its use of FM broadcast transmitters to broadcast within the Tunnel.

“Our legal team have demanded clarification on these crucial issues but have been waiting for a reply since December”, says Branigan.

NOVA and its new partners are in the final stage of serving papers.