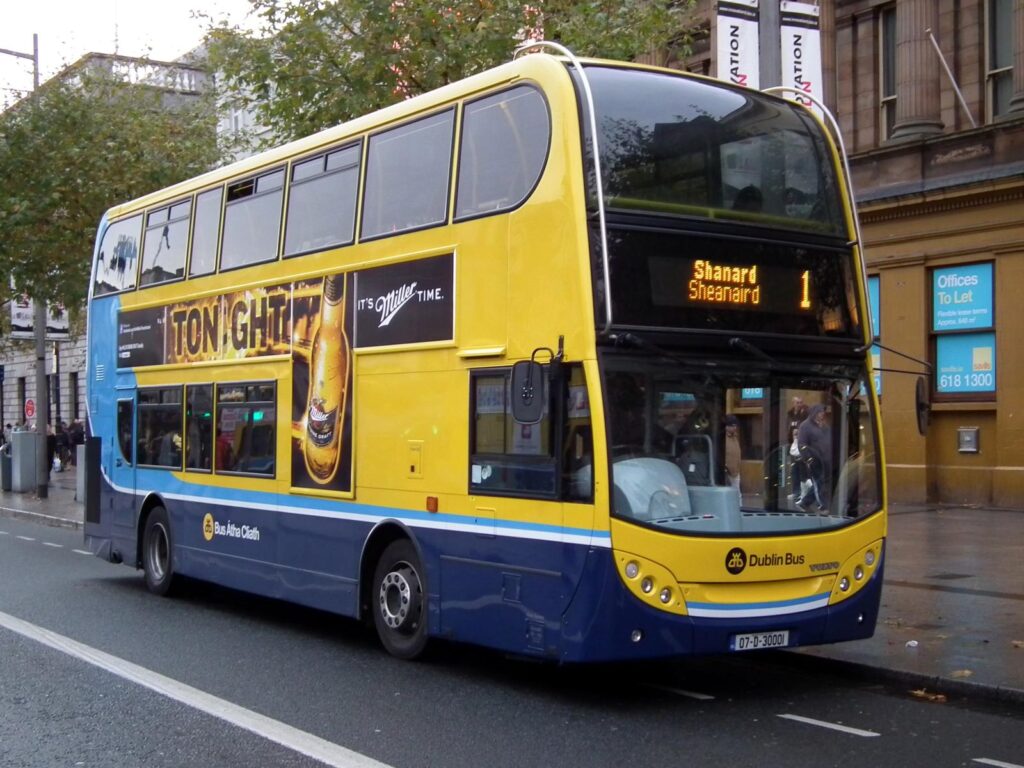 A petition signed by over 3,000 Radio NOVA listeners and a ‘take over’ of the radio station this morning by Dublin Bus drivers has seen Dublin Bus drop transistor radios from a ‘banned’ list of electronic devices and all disciplinary actions as a result of an ongoing dispute have been binned. Over the past week, NOVA encouraged listeners to sign their petition to allow Dublin Bus drivers to listen to their radio while they drive, which resulted in over 3,000 signatures.

The ‘zero tolerance’ measures that were put in place meant that drivers would be severely disciplined for using electronic devices, including transistor radios, while driving the buses. The National Bus and Rail Workers’ Union threatened industrial action over the ban, citing health and safety concerns in the Port Tunnel, where all drivers must have a radio turned on so that emergency services can interrupt the transmission in the event of emergency.

This morning on Radio NOVA, Dee & Marty from the station’s ‘Morning Glory’ breakfast show invited three Dublin Bus drivers to take over their show between 9am and 10am. Sean, Matt and ‘Chico’ took to the airwaves to play some of their favourite tunes (including Queen’s Radio Ga Ga) and said, “This policy is being forced upon us; we will be sacked on the first offence if caught listening to our transistor radios in the bus”.

Dublin Bus said it had a long-standing policy prohibiting the use of mobile phones and electronic devices while driving. “This is part of driver safety training. We are now implementing a zero tolerance policy to reinforce this message to employees”, said the company. However, at lunchtime today, those rules were amended after the week-long public campaign by NOVA.

NOVA’s Clint Drieberg said, “We were asked by the bus drivers, most of whom listen to NOVA, to help and we’re delighted to have had some effect. We felt there was no sense in the rule and our listeners agreed”.

Thanks to everyone who got behind the petition 🙂