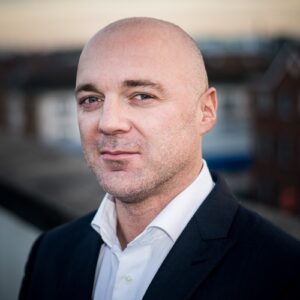 Radio NOVA has announced the appointment of Neil Walsh to the position of Commercial Director. Walsh is well-known in the sector having served as Advertising Sales Manager with The Irish Daily Star, Media Consultant with Independent News & Media in South Africa and most recently in media planning with Mindshare Dublin.

“I’m delighted to welcome Neil to this newly-created position at NOVA. Our listenership figures have grown strongly over the past 12 months and we now have a sizeable and unique audience. Our goal for the next 12 months is to communicate this to planners and buyers in agencies and to brands and advertisers across the board, demonstrate the value in our audience and grow our revenues to match our audience numbers”, said NOVA CEO Kevin Branigan.

Neil Walsh added, “I’m looking forward to this exciting opportunity with a radio station and media brand that’s very much on the up”.

Radio NOVA is a regional station licenced to broadcast to Dublin city, county and commuter belt including parts of Kildare, Wicklow & Meath. It is the only Dublin radio station licenced to cover the extensive commuter belt. The station offers a diet of guitar-based music from major artists like Fleetwood Mac, David Bowie, The Police and Simple Minds to The Killers, Kings of Leon, The Foo Fighters and the Red Hot Chilli Peppers. The most-recent JNLR ratings showed strong growth, giving NOVA 69,000 daily listeners and 124,000 weekly listeners. It’s market share grew by 21% to 4.1%, continuing its recent upward trend. *